It’s now well known there’s an all-new Ranger ute on the way, probably in 2022. So while we’re not exactly in runout mode yet, it does mean Ford is breaking out some good stuff to keep the current model on the boil. Or rather, sharing some of its good stuff around more of the line-up. Enter 2021’s new Ranger variants [so far]: the FX4 Max and the Wildtrak X. The FX4 we know already: it’s a dress-up package that takes the mainstream XLT and adds special equipment and stickers. Because you have to have stickers [grown-ups call them “decals”]. But the FX4 Max takes things a whole lot further, as you’d expect for an extra $13,500 over the entry-level FX4 2WD. It’s 4WD for a start, but it also picks up suspension components from the dune-hopping Raptor, including the front SLA setup and Fox 2.5-inch Internal Bypass Shock Absorbers with Position Sensitive Damping: aka, it gets Fox shocks. At the back it only goes part-way, by retaining a more rigid rear, but still with a Fox Shock package. That’s a good thing in some respects, because while the Max won’t match the Raptor for yump-ability, it does retain the same one-tonne payload and 3.5-tonne tow rating of regular Rangers [Raptor can only carry 758kg and tow 2.5t]. The Max has the same BF Goodrich K02 tyres as Raptor, albeit in a slightly smaller size [265/70 versus 285/70]. And a bit of Raptor style for good measure, with a similar grille and some impressive-looking “hoop” side steps. The non-slip steps are actually pretty handy, because the suspension package lifts the Max 31mm above the XLT base model; having two individual ones each side means you can use them while still keeping your trousers clean. There are some extra trim bits inside, but there’s also a pod atop the dash with six switches pre-wired for accessories. It looks awesome even if you don’t use it. So there’s a definite sense of purpose to the Max. The Wildtrak X comes from a different place – the suburbs, probably. It’s still a highly capable Ranger 4WD, but the big sell of the new X is extra bling. The standard already wildly is Wildtrak successful as a lifestyle ute – and now much imitated by the lightcommercial competition. Ford released a limited-run Wildtrak X last year, and now it’s back with a few tweaks as a 2021 replacement for the 2.0-litre biturbo Wildtrak [the 3.2-litre version continues in non-x form though]. There’s lots of detailing in Saber [that’s orange to you and I] and Ebony Black, nudge bar with LED lights, unique 18inch wheels with 35mm offset and special interior trim. So it’s mostly about the look, plus the Wildtrak’s extra comfort/ convenience features, including the brilliant power-operated roller-cover for the tray. Common to both is Ford’s biturbo 2.0-litre engine with 10-speed automatic transmission, which is still something of a unique selling proposition for Ranger among the one-tonne crowd. It’s a great powertrain, full of character. The 10-speed can feel busy at times, but it’s impressively smooth. If it’s possible for a traditional one-tonne ute to feel “sporty”, this pair gets pretty close. The FX4 Max and Wildtrak X are only $5k apart in price, but you’d be hard-pressed to call them rivals. They’re very different trucks for very different buyers. The Wildtrak X does take one-tonne presence, comfort and convenience features up a notch, but for what it’s worth the FX4 Max made a really big impression on the DRIVEN team. As with Raptor, it rides well on-road on that fancy suspension, in addition to being a serious off-tarmac machine: approach, and departure angles are 2mm better than the Wildtrak, ramp-over is improved by 4mm and those chunky tyres can take on a lot. By maintaining the same payload/ towing as any other Ranger, the Max really comes into its own as a true dual-purpose work/ fun machine. And, with that extra ride height and aggressive rubber, it really looks the business. For popularity, it’s really no contest. 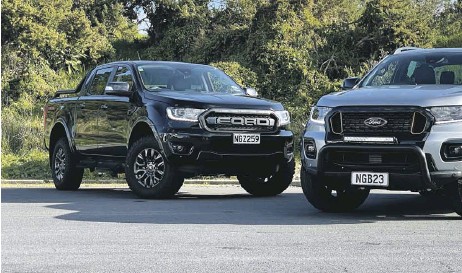 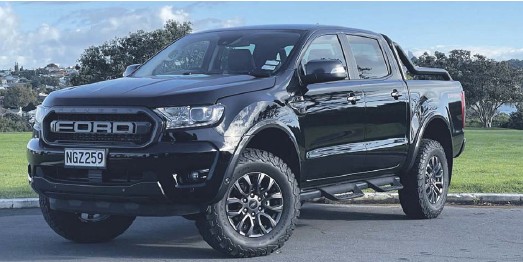 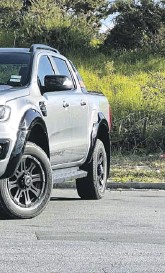